TOUR IN ISRAEL!
In April, 2019, Olga Vinokur was on tour in Israel. 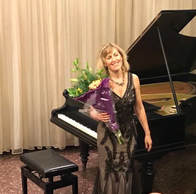 TOUR IN ISRAEL!
​In April, 2018, Olga has toured in Israel where she performed solo recitals. 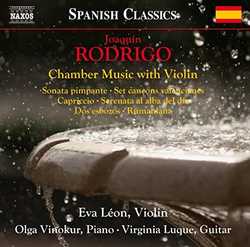 NEW CD RELEASE ON NAXOS!
A new CD of Rodrigo music which Olga has recorded with the violinist Eva Leon and the producer Adam Abeshouse was released by Naxos in November, 2016.  The CD release concert was at National Sawdust in New York in May, 2017. 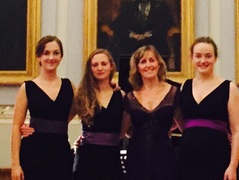 TOUR IN UK WITH NIGHTINGALE STRING QUARTET!
In September, 2015, Olga performed in England where she joined acclaimed Nightingale String Quartet from Denmark.

STRAD  MAGAZINE  REVIEW!
Olga Vinokur has joined the cellist Wendy Sutter in a recital at the Bargemusic in July performing Shostakovich and Rachmaninoff cello/piano sonatas. The concert was highly acclaimed by Strad magazine. Read review 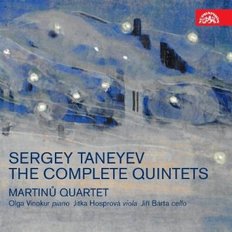 NEW CD RELEASE !
A new CD of Taneyev Quintets which Olga has recorded in Prague with Martinu Quartet was released by Supraphon label in January, 2015 (available here). ​
The CD became the Editor's Choice of the Harmonie magazine: "The recording of Taneyevʼs quintets is precious, both in choice of material and in its rendering, and rightly deserves to be the Editorʼs Choice." It was highly acclaimed by BBC, Gramophone, Telegraph and Classica magazines.
The CD has been heard on BBC Radio 3 "CD Review" program (listen here),  National radio of France and Switzerland. 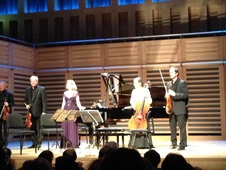 EUROPEAN TOUR!
In March, 2015, Olga has toured in England and  Czech Republic appearing at Euro Art Festival, the Liechtenstein Palace and Atrium in Prague, and Kings Place in London among others. Read the review from the concert  in London here. 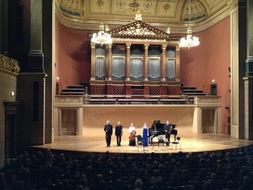 PRAGUE TOUR
In October of 2013 Olga has appeared at Dvorak Hall of Rudolfinum in Prague among other venues with Martinu Quartet. She has recorded Taneyev Piano Quintet op. 30 with Martinu String Quartet for a new release of Taneyev CD. ​ 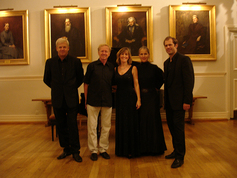 ​CONCERT IN CAMBRIDGE !
Ms. Vinokur has performed  with Martinu Quartet in Cambridge of England in September of 2012. ​
© 2020Olga Vinokur, All rights reserved.